True Life :I’m a Peace Corps volunteer. I remember being a college student watching this episode of True Life and I was completed fascinated. I had never before heard of Peace Corps but it looked amazing. This particular episode featured volunteers serving in Africa doing AIDS/HIV prevention work. I had never met anybody that had served in the Peace Corps but I knew it was something that I wanted to do. As fate would have it, on my trip to Morocco I met someone who had been a Peace Corps volunteer. He had nothing but positive things to say about Peace Corps and I definitely took it as a sign. So when I finished college I was debating between either joining the Peace Corps or going to  graduate school. I knew I wanted to do both but I didn’t know in what order. Ultimately I decided to join the Peace Corps after I finished graduate school.

What is the Peace Corps?
If you’re not aware of what is the Peace Corps, let me give you some background. Peace Corps is a 27 month commitment where volunteers serve in developing countries on projects that range from Health, Youth Development, Agriculture, Community Economic Development, and Education. Volunteers do receive a monthly living stipend which is very comparable to how much country nationals earn. At the conclusion of your service, you receive about 6,000 after taxes which is referred to as the living adjustment allowance. Depending on the country, volunteers live independently or with host families.

Application Process
Deciding to join the Peace Corps was the easy part. The entire application process seemed to take forever. The first thing you have to do is fill out the online application which also had three essays that you have to complete. So I definitely didn’t fill out the application in one sitting. I asked one of my sisters to proofread it so after many revisions, I finally submitted it. After you submit the application, a recruiter gets in touch with you to set up a formal interview. Since there’s a Peace Corps regional office in Chicago, where I was living at the time, I had an in person interview. I think the interview lasted about an hour or so. The main thing that I think recruiters look for is to make sure that you’re flexible. They asked me several hypothetical questions to gauge my flexibility as well as my willingness to go anywhere. It was very much apparent that recruiters want you to be open to serve anywhere. On the actual application you can state your preferences but those are not necessarily taken into consideration when deciding where a volunteer is sent. Recently, the application process has changed so that potential volunteers now have more control over where they serve. Also during the interview I was told that I would most likely be an English Teacher for my volunteer assignment. I was ok with that because at the time, I had previously taught Spanish 101 as a teacher’s assistant in grad school so I did have some teaching experience. I was encouraged to get some ESL experience but I don’t think I actually ever did. During the interview you’re also told about what to expect next and how long everything could potentially take. So after my interview, the waiting game began.

Medical Clearance
Not long after the interview, I received my medical/ dental packet. So then the long process of getting medically cleared began. When I received the medical packet, I was really excited to finally get the ball rolling. There was only one problem. I DID NOT HAVE INSURANCE. At the time I didn’t have a job so basically the paperwork would have to wait until I had a job because there was no way that I was going to come out of pocket for everything that I needed to get done. During this time, I got lots of friendly reminders from PC that I needed to submit my medical. Because the medical facilities vary from post to post, PC wants to make sure that potential volunteers won’t need any major medical care while they’re at post. I was in fear that if I didn’t turn everything in soon then I wouldn’t be able to go after all. That wasn’t the case. So a year later when I finally got a job, I began the medical process. The first thing I had to do was get a physical, then I had to get blood drawn, then a gynecological exam, and more lab work because I was iron deficient. It seemed like it was never ending. Then my favorite part, the dentist. I had been leaving that till the end because I have always hated going to the dentist. It was all fine and dandy until it was apparent that I would have to get all 4 of my wisdom teeth removed. This was annoying because at the time, my wisdom teeth had not been giving me any problems. That was irrelevant, since the dentist thought they would potentially cause problems in the future. Per PC pre-departure guidelines I had to get them removed. That took months because I wasn’t able to get all of my wisdom teeth removed in one sitting. I also had cavities that needed to be filled before they would even do the extractions. Getting the extractions was a very unpleasant experience. I was not put under any type of anesthesia so even though I didn’t feel the pain per se, I definitely was aware of what was happening. I definitely felt the pressure as they extracted my teeth. I was ecstatic when I was finally done with all of my dental work. From start to finish I believe the whole process of being medically cleared took about 6-9 months, if not longer. It was also expensive because even though, I had insurance I still had co-pays and I had to pay a portion of my wisdom teeth extractions. Peace Corps does offer reimbursements but I think its only under certain circumstances. After I was finally cleared, I patiently (not really) waited to see where I would be going. I dreamed of going to South America, the Caribbean, maybe even the South Pacific.

Where am I headed?
Well before you find out where you’re going specifically, you’re nominated for a region. I was hoping for somewhere warm. Well much to my dismay I had been nominated for Eastern Europe. Of the countries in Eastern Europe, I was hoping for Romania because I had read that Romanian in some ways is similar to Spanish.Then I awaited the arrival of my official invitation. The invitation finally came in the mail and I found out my fate. GEORGIA. Not Atlanta but the Other Georgia. The one where there’s a very real winter and they don’t speak Spanish. That Georgia. Eastern Europe, Georgia. See my next two posts about what living in the other Georgia was like. 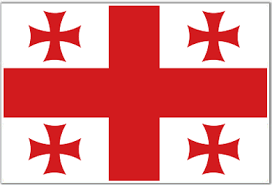 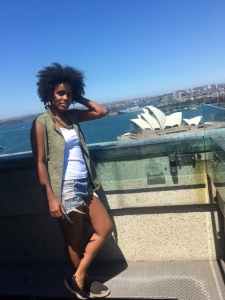 Welcome to GloballyB.com. My name is Brittany. I have a long lasting love affair with international travel which has allowed me to visit 70 countries. Follow my journey as I continue to explore the world.